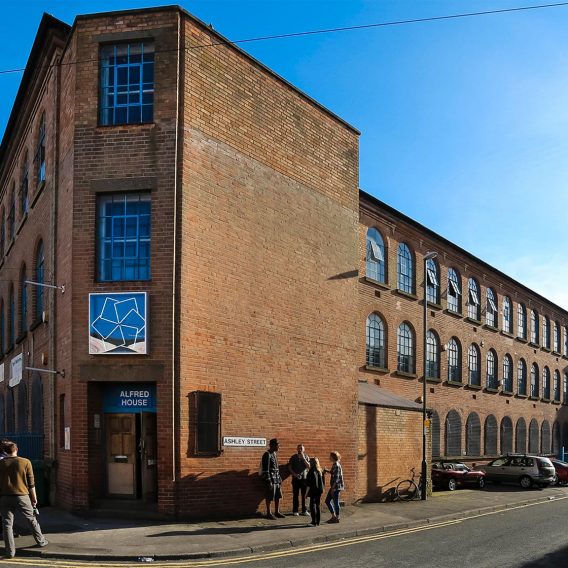 BACKLIT is an independent art gallery located in the heart of Nottingham. It provides affordable studio spaces for contemporary artists, supporting early career graduates and emerging artists. In its exhibition role BACKLIT provides a dynamic public programme of national and international artists including original artist commissions, screenings and live debates. Central to BACKLIT’s ethos is its strong working relationships with regional universities and its partnerships with other galleries and creative organisations. It is also committed to supporting projects that promote community and local heritage. Additionally, it houses 45 studio artists and 20 associate artists, with diverse practices including fine artists, contemporary crafts and innovative creative commercial businesses.

For In Another Place Backlit is presenting the work of recent Nottingham Trent University graduate and BACKLIT studio artist Ryan Heath, whose work focuses on the way possible narratives are gained and lost through symbolism and abstraction. He often explores this through the effects of cropping and manipulating imagery, both in the material sense and post-production software. The imagery used in his work will be explored through the practise of sigil making, a common type of symbology used in occult circles both old and new.

Backlit’s billboard, located minutes from Nottingham city centre, will enable the organisation to support local artistic talent, raise its profile and attract existing and new audiences. Heath’s billboard artwork connects to, Mountain of Tongues, a group exhibition in Backlit’s gallery featuring his work. Mountain of Tongues refers to the Greater Caucasus Range, a geographical area is the traditional line of demarcation that is placed between the continents of Europe and Asia. Since antiquity the Caucasus has been known for its large number of distinct languages and cultures; where populations, allegiances, and languages are in transition. In exploring the area’s historical narratives and transnational relationships the exhibition attempts to reactivate certain ideas, behaviours, and thought-processes which blur boundaries between Eastern and Western identities. Mountain of Tongues is open to the public from 26th May to 9th July.

Find out more about Backlit and Ryan Heath.