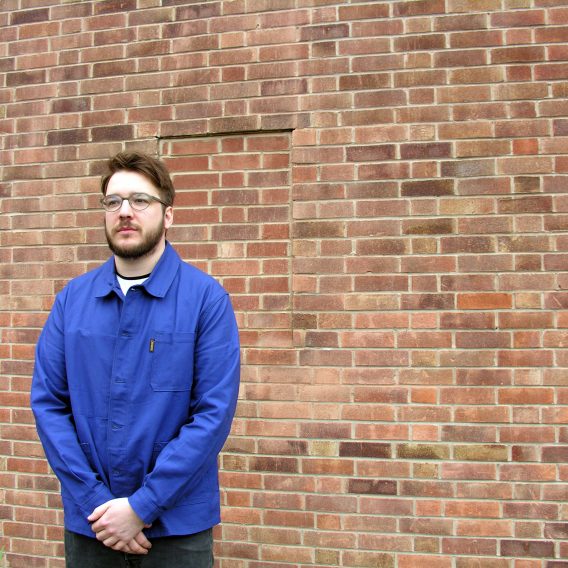 Theo was born in Leicester. He gained a first-class degree in Fine Art from De Montfort University in 2014. He is currently living and working in Leicester as an Artist and also as a Technician for both Leicester Print Workshop and De Montfort University. He was awarded a Print Futures Award 2017, which allowed him to have further training with some of UKs best practitioners. He is also a member of The British Printing Society. His print ‘Norderstedt’, made for In Another Place, will feature in an accompanying exhibition at Leicester Print Workshop from 19th May – 28th July 2018.

Creating art feels innately human to me. I create art within the sphere of printmaking. I am interested in printmaking’s broad language and seemingly infinite possibilities. As an artist that utilizes printmaking, I work across multiple techniques. My current line of enquiry regards letterpress. Letterpress was invented for industry to enable and ease the sharing of information. It is now rarified and, much like a lot of printmaking processes, it is now in the hands of the artist. When a printing process is separated and no longer used in industry or manufacturing, less certainty is required. I, as the artist, can introduce risk and find imperfections; this allows me to interrogate elements of processes. This subversion of process, as well as learning and exploring, is what inspires me as an artist.

In terms of artistic influences, there are lots of artists doing remarkable things with contemporary printmaking right now. I won’t start listing names as I fear I’ll miss people out. I am surrounded by things that influence my practice. I am lucky enough to work within two printmaking studios; surrounded by people either learning or developing what they do. Much like learning a foreign language, immersion within printmaking is the best way to become fluent. I have also been lucky enough to learn from, meet, and work alongside some great practitioners; something that is hard not to be influenced by! While studying, I had great access and exposure to the Fluxus and Concrete Poetry works at De Montfort University, Leicester. Although at the time I didn’t realize it, I now keep seeing traces occurring in my practice.

Knowing that my work would be billboard-sized felt like a challenge; something to scare myself. My work has never been so publicly exposed before which I found exciting. How will my work read to a new audience? With letterpress and printmaking’s historical ties to publishing and advertising, I also thought that it felt fitting for the work to have a temporary home on a billboard. It’s an exciting opportunity to take an idea, using a combination of pieces of 12pt metal type (4.217 millimetres in size), and explode it to 3 x 6 metres.

My involvement in the project has been wonderful so far. It has helped to develop my practice and the level of possible engagement to my work is huge. It will allow my work to be seen by a new and wider audience. The work as an urban intervention gave me an opportunity to make a piece that responds to a location – to be seen by the public and outside of the gallery. I look forward to observing and visiting the work in situ.

I think the main barrier is the fear that “it’s not for me” and whether this stems from perceptions based on experience or whether this is self-exclusion. This includes certain media within visual arts as well as ‘the gallery’ itself. I think galleries can be seen to be sanctified spaces: exclusively for those who ‘believe’. I think galleries should be unintimidating spaces for everyone to interact with on their own terms.

‘The other side’ or ‘In Another Place’ speak anonymously or perhaps enigmatically about another place; known or unknown. I have chosen to focus my response on the billboard location’s twinned town. Norderstedt in Germany, rendering a skyline into letterpress. Town twinning was first intended to foster friendship and understanding between different cultures and between former foes as an act of peace and reconciliation. My artwork can be seen as a peace offering to Oadby’s European twin in the United Kingdom’s post-European referendum climate.

The print is part of an ongoing exploration and is a letterpress print formed of monotype borders. Each colour is set, registered and then printed in fifteen individual layers. I think the pleasure of enlarging such a small and intimate print will expose its intricacies, and perhaps even irregularities; an expansion that forms a true celebration of the processes of printmaking. A breath of fresh air amongst visual pollution. To form a mirage in a car park. An aperture to another place.

I think it is vitally important to raise the profile and support the arts within East Midlands but also across the UK. Opportunities for artists and chances to interact with visual arts shouldn’t be limited to your location. By increasing knowledge and allowing interaction this automatically raises the profile of visual arts. I mentioned earlier that I feel art is innately human – I think this is true both for creating and viewing art.

Due to the nature of In Another Place as an urban intervention project, people will be unconsciously involved; you are already involved whether you are reading this interview, driving past the artwork, or actively visiting the site.