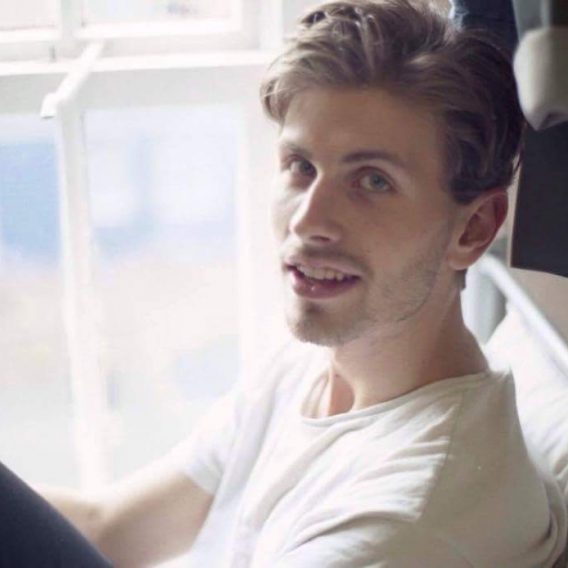 Ryan Heath is a visual artist who has exhibited domestically and internationally in exhibitions including TAC, Eindhoven (2018) Backlit Gallery, Nottingham (2018) The Harley Gallery, Welbeck (2017) and Nottingham New Theatre (2017). As well as being a practising artist, Ryan has been involved in a number of artist-led projects including ‘Apprentice/Master’ which promotes artist development through a series of exhibits and discussions in Europe. He’s worked closely with Crop-Up, an on-going collaborative project with students from Nottingham Trent’s Fine Art and The University of Nottingham’s Art History department. He’s founder of Kuube, a collective of Nottingham-based artists looking to exhibit and develop their work through peer-led support. Alongside this he’s worked alongside Articulate, a charitable organisation whose aim is to help ease bereavement in young children through craft workshops. He also co-runs Nottingham techno record label Plus Ultra, with a focus on art-direction.

The vast physicality of the city itself is a constant stream of source material, call me a bumpkin but large urban areas genuinely overwhelm me at times, it’s the need to process and quantify this through image making that forms the basis of my work. I’m constantly amazed by just how much you can find to be visually or conceptually intriguing just by searching your immediate surroundings.

Despite having a deep respect for the medium of painting I’m definitely not as clued up about the vast history of it as I’m maybe expected to be. During my time at Trent I leant more towards my peers and related artists as a source of influence. This wasn’t exclusive to the ‘fine artists’ either; the whole spectrum of the arts influenced me – no doubt this was a result of going to a multi-disciplinary art school.

I was keen to get involved mainly because I owe a lot to the area and am happy to be part of a project showcasing the arts scene here so publicly. It’s a tired but truthful fact that funding has dwindled nation-wide for the arts in recent years. Despite this, in my experience the East Midlands continues to be an affordable stronghold for creative looking to escape hiking studio rent, there’s a lot of investment here and it’s showing.

Leaving my comfort zone is the big one, I believe exposure on a larger scale and being open to critique is a vital thing for anyone looking to develop in their field.

In my experience many galleries seem torn between being too vague and catering solely to contemporary art audiences which can be unwelcoming for people less involved – perhaps projects like this are a shift in the right direction, outward facing, but not as invasive & patronising as public sculpture can seem? Pairing the initial visual intrigue with something more layered.

The location of this piece had me thinking about the commute, the routine of it all. All the elements in their original form come from unassuming places with my individual passage in common. Examples of these may be dry adhesive marks; gradients from the graphics of a local business or forgotten & defunct signage. The process is a sort of auditioning – bringing forms, materials and subjects together – they act as a map-like image, showing the physical footprint and cyclical nature of the journey.

Oh no, this is the point where I’d usually be tempted to hash out something really d r y l y in art speak. Seeing as I’ve already discussed the concept, I’d say you can expect something playful and considered – with large measures of humour and gaudiness in there too.

To me it’s incredibly important, at the risk of sounding too territorial, the amount of press given to well-funded, exclusive London-centric artists and institutions in the UK can often feel out of balance – it’s great to have this as platform.

It provides an insight into a uniquely thriving regional arts community, simultaneously offering you a break from Sky ads.