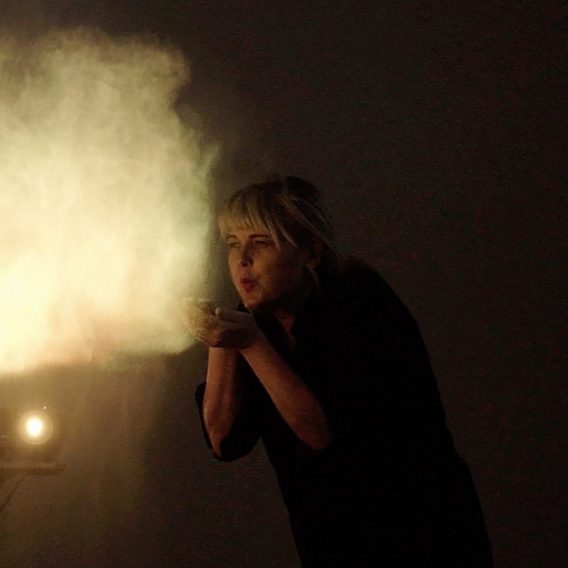 Melanie Jackson was born in the West Midlands. She trained in Fine Art at Byam Shaw School of Art and Sculpture at the Royal College of Art in London. Her work has been exhibited recently in solo shows at Grand Union, Birmingham, Flat Time House, The Drawing Room and Matts Gallery in London and Arnolfini in Bristol. She has shown internationally in group exhibitions including DRF Osaka Biennale, Japan and at ZKM Gallery in Karlsruhe, Germany and the Museum of New South Wales in Sydney, Australia. In the U.K. she has exhibited at Gasworks in London, The Bluecoat in Liverpool and the John Hansard Gallery in Southampton.

Billboards and public adverts form some of our first experiences of collective visual culture, they are platforms for persuasion, coercion, instruction, visual pleasure or resistance. They are in the street and seen by all adding by unlike the personalised adverts of social media.

I’m excited by the new spaces for art across the East and West Midlands and the energy for new ideas.

There are many barriers – cost, histories of connoisseurship which deliberately rareify and exclude certain conversations taking place in them. That has changed, slowly – but also gets periodically reinforced when market forces are left to select what we see.

Tell us more about your individual billboard – what’s the idea behind it?

It’s spiralling from my project deeper in the pyramid which explores the way that things become technologised and abstracted – (milk in this instance) and the ways we think about excess. It touches on the delirium of excess consumption and the pleasure and complicity and disgust we feel about it.

A splash of colour.

The emphasis of developing regional centres and supporting lively ideas and new ways of thinking in them rather than focusing on heritage is a timely and important project.

We’re all used to looking at imagery on the street – a lot of time and attention is payed to it – this is a pause, another kind of looking. I think it’s a moment to think about what people would put up there themselves were they able to control what they see.